In addition to being an excellent movie, A Beautiful Mind is also a study in psychological archetypes and what happens when these submerged shadow figures take on a life of their own. For mathematician John Nash, the lines are blurred between fantasy and reality, and, between his inner and outer lives. Nash has an ongoing relationship with three distinct aspects of his personality. They appear to be real people, each showing up at significant turning points in his life: Charles Herman, the ‘prodigal roommate’ arrives just as Nash is settling in to his dorm at Princeton, looking out the window at young students having fun and perhaps lamenting that he won’t be one of them. This shadow aspect of Nash’s personality represents the recklessness and irresponsibility of young adulthood, or perhaps just a carefree attitude toward life, which contradicts his serious nature.

William Parcher, the shadowy Defense Department figure Nash first notices at the Pentagon, then directly encounters outside his office building. Parcher is an extension of the importance Nash places on his intelligence work for the military, and the secrecy involved. The real has now been exaggerated to the point where Nash feels he is a spy and the only one able to save us from the Soviets. 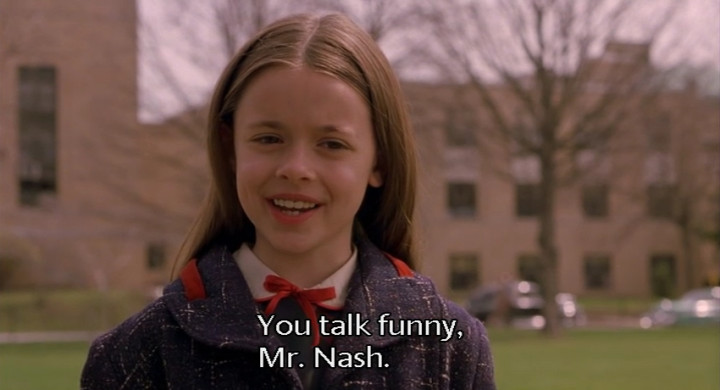 Marcee, an orphan who is the niece of Charles Herman, appears to Nash right after he and real world girlfriend, Alicia, share their first kiss (and perhaps more). Marcee is ‘innocence lost’, particularly in respect to how Nash feels about girls. Herman is also ‘there’ with her, and Nash confesses his feelings for Alicia to him.

These shadow archetypes of Nash’s personality continue to interact with him, until others become aware of his hallucinations. To Nash, they are real, which in a way they are, and he tries to ‘protect’ them by refusing medication and treatment. When he finally agrees to therapy, the three, Herman, Parcher and Marcee, all conspire to prevent that, trying to convince Nash that he needs them. He prevails and tells them goodbye. 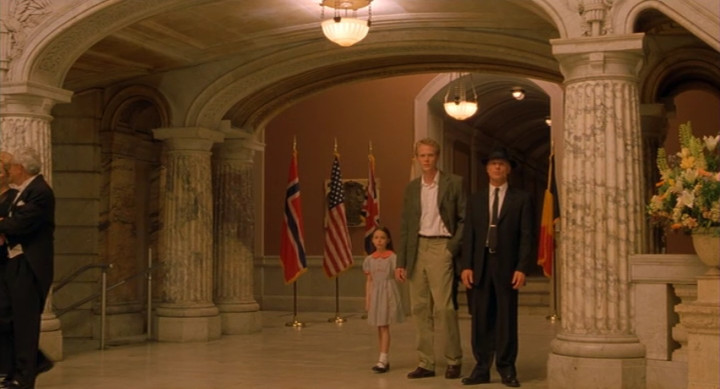 Finally, by the end of the movie, Nash knows the shadow figures are still there, but they are off to the side and much better behaved. As long as he doesn’t engage them, all will be fine.

• In the healing art of Shamanism, there is concept known as ‘fragmentation’ or ‘soul-loss’ in that at a time of great stress or difficulty, a piece of a person’s soul is broken off, such as losing one’s innocence or childhood. Later in life these things crop up again as they seek to be reunited, in which case a Shaman will perform a “soul retrieval” ritual that brings these broken aspects of the personality back together, making the person whole again. In psychology, freemasonry and other traditions, this is called ‘integration.’

Transformation takes place when Nash is able to accept his mental condition and bring the shadow figures out into the light where they can no longer torment him. Nash’s CHARACTER ARC is shown through a couple devices – clearly, his social skills with women and others vastly improve, and the hallucinations no longer have the power they once did by the end.

Bookends: Two scenes were repeated, once each in the beginning, once each near the end. This helps underscore the character arc across the journey of the film. 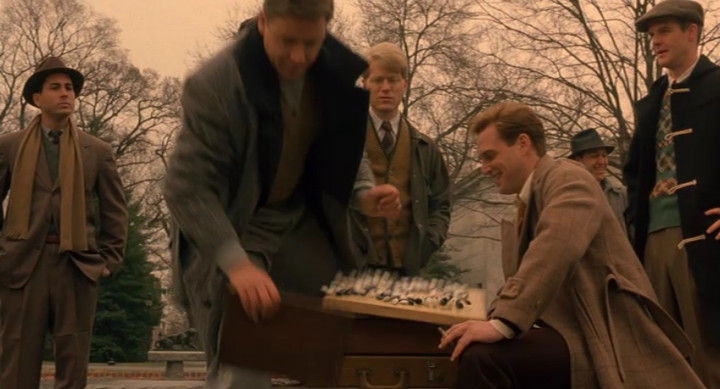 The first time Hansen challenged Nash at a game of GO, it ended in disastrous defeat for Nash.

At the end of the film, the ‘rematch’ was just a friendly game between two old friends.

In the scenes where Hansen and Nash play the game of GO, the same line of dialog was repeated almost verbatim. But, since the characters and their relationship to each other had changed by the end of the film, the new context gives the line a whole new meaning.

The other “bookend” scene was the pen ritual for the accomplished professor in the beginning, and this was repeated in the final reel when it was performed in Nash’s honor. At first, the pen ritual was something Nash could only dream of, but by the end, the distinction was all his, as a reward for his groundbreaking work in mathematics. 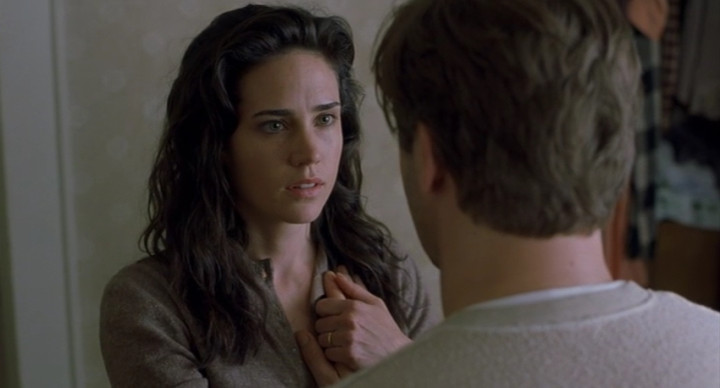 Ultimately, Nash’ transformation is best shown – and wouldn’t be possible without it – through the unwavering love and support that his wife Alicia showed him all through the hallucinations, treatment and final victory. Her unchanging stance helps us see his dramatic changes more clearly.